January is now well underway. As I write, it’s a chilling 12 degrees outside and everything is coated in a substantial layer of ice. Serious winter weather in Raleigh is a big-to-do as it’s not a common enough occurrence to warrant undertaking the same preparation as cities in the Northeast, but I frankly find it much more dangerous as any snow is usually bookended by an onslaught of freezing rain & ice.

In any case, I’m generally pleased with how this first week has gone. I’ve managed to not buy anything new, but have acquired some new (to me) items that, on some level, seemed a little ridiculous: a pasta press & kitchen thermometer.

I’ve began the year under the spell of Barbara Kingsolver’s book Animal, Vegetable, Miracle, which I wrote about last week. So much of the book resonated with some of my “do it yourself” spirit, which informed a couple of my purchases.

I had some thank you notes to send out & needed stamps, but the post office was closed for lunch when I arrived. I killed some time wandering through the nearby shopping center and found myself in the thrift shop looking for some cloth napkins to supplant my use of paper ones, but instead came away with a $10 Atlas pasta press. Did I need a pasta press? No. Was I imagining a bustling kitchen of friends on a chilly evening cranking out pasta and sitting down to enjoy the fruits of our labor? Yes. So I made a deal with myself that I’d work to make that image a reality and bought the thing, with a small twinge of regret.

I’ve also been inspired to make my own yogurt – apparently it’s relatively easy.  I can get milk in returnable glass bottles at the grocery supplied by a local dairy (their ice cream is excellent), cutting down on waste. This, however, requires a thermometer to ensure the milk heats enough to thicken properly, and I found one on the used section of Amazon after scouring craigslist and some other forums. It was due in this weekend, but the weather has postponed the delivery. I also need some kind of straining material, but instead of buying cheesecloth or a nut bag, I will try an old t-shirt or a tea towel first. There’s one purchase averted (for now)!  I’ll let y’all know how the yogurt making adventure goes.

In both cases, these items were certainly not necessities. However, they are both a means to an ends, reusable, and purchased with a purpose and intent to use. The goal of this project is not to facilitate a sense of guilt when purchasing certain things (or things at all) so I can’t let that feeling become a shadow over every transaction I make.

Here are a few more thoughts from the week:

Hope your 2017 is off to a good start! If you have any New Year’s resolutions (consumption related or otherwise) I’d love to hear them. 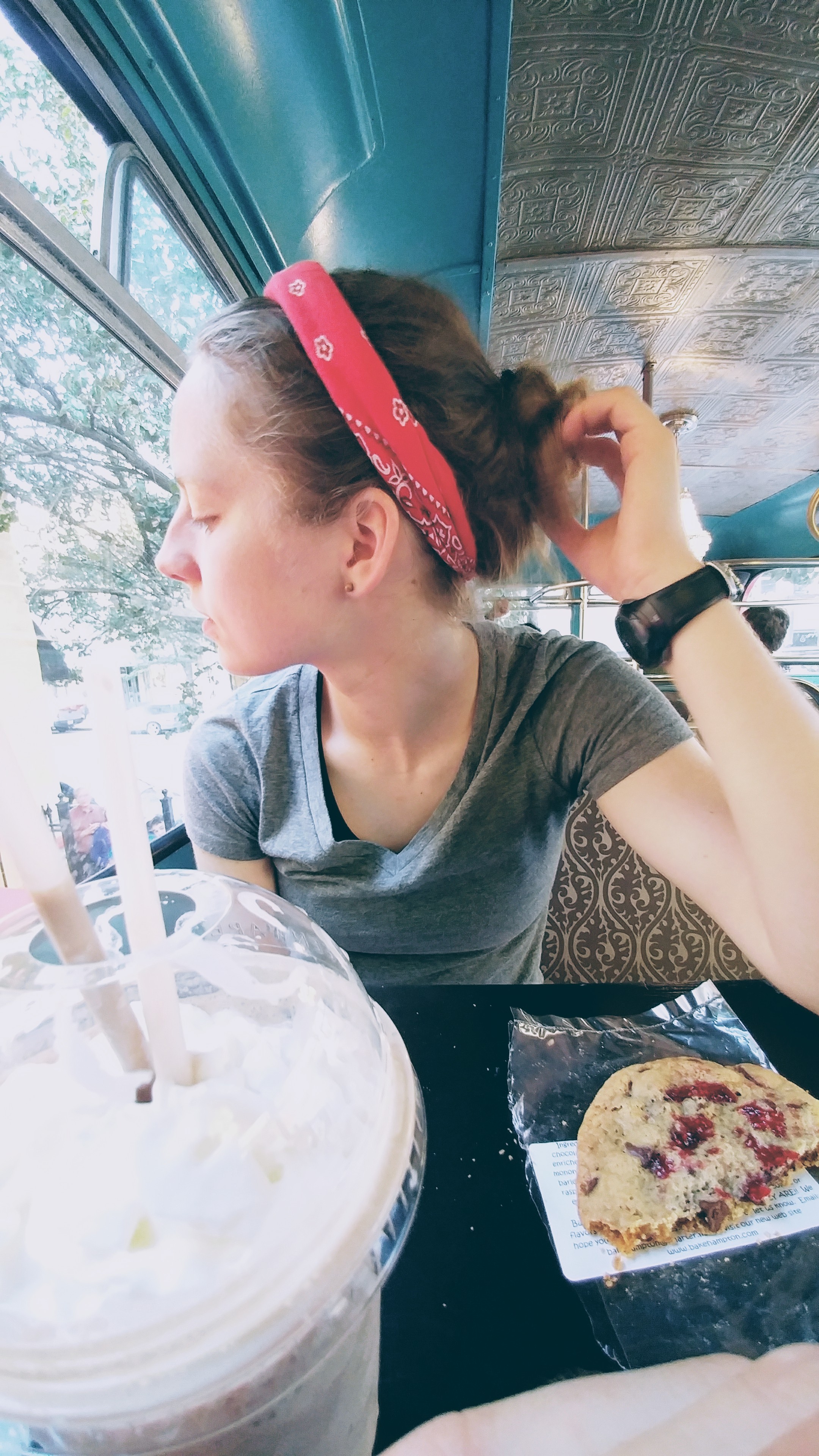 For months, the reality of running Chicago loomed; a daunting task for which I was unsure I would be ready. It was only partially about the running, but instead about the place your mind goes when things get bad, as marathons are as much (if not more) of a mental exercise than a physical one. I was apprehensive because I'd learned the hard way that, for me, that place is not particularly good. I was worried about my ability to push myself in the way a marathon demands, as my last attempt left me with an IV and a gap in my memory a mile and a half long, resuming somewhere at the bottom of Heartbreak Hill where my race came to an unanticipated end. Training was solid, but sometimes rough: hot days where it seemed like too much, long days where even running couldn't shut out the noise of everything else. But, race day came and everything except the fruits of the summer effort put in melted away. Peaceful (yes, peaceful) in a way I did not image 26.2 miles ever could feel. Tough, but a situation over which I had control, enveloped by the comfort of knowing I had friends and family with eyes on a little app tracker, urging me towards a finish (and probably admonishing me for starting out a little hot. Still working on that.) ⠀⠀⠀⠀⠀⠀⠀⠀⠀ I can proudly say did it, in no small part due to everyone else who believed I could when I was not sure. Everyone who I had the privilege of chasing around the track or down the street, who checked in from near and far, who promised me the "comeback tour" was about to kick off, that I wouldn't black out, that I was stronger that I thought, that they would be proud of me no matter what (but prouder if I ran faster and had a stong second half 😉)⠀⠀⠀⠀⠀⠀⠀⠀⠀ ⠀⠀⠀⠀⠀⠀⠀⠀⠀ Thank you. As runners, we all have running stories but in some ways, they're often hardly about running at all. Facing lows, chasing highs, and anticipating whatever is around the next corner.
some describe beauty as breathtaking; i'd like to think it allows me to catch mine (and then contemplate an alternative career as a park ranger)
not pictured: a series of absurd mountaintop handstand attempts at @mhobbs259's suggestion and your friendly neighborhood black bear
lighthouse, lake, and a throwback for good measure. would highly recommend turning off the phone and navigating a new city with a paper map from the kind people staffing the visitor's center. after all, "a distraction is momentary; an escape helps you heal"
seasons change.
time to check leaf-peeping off the new england to-do list #vermont
%d bloggers like this: